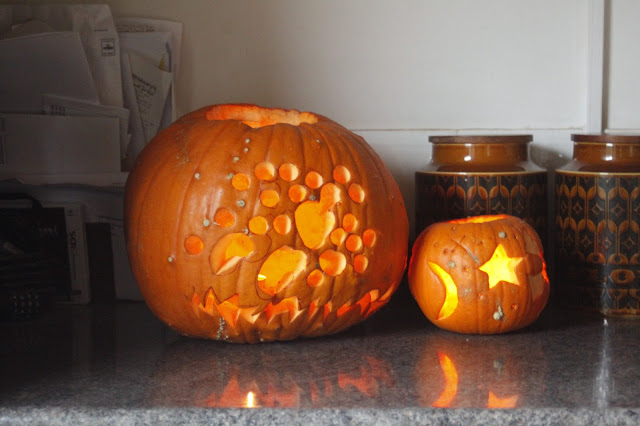 This year's pumpkin efforts, James designed the one on the left hand side and we carved them on the first day of half term. I kept them lit during the day/evenings and they nearly lasted till Halloween, the mould growing on the insides was quite impressive! They're now sat in the garden and seem to be providing a good feeding ground for the birds, I've watched the robin nipping into the big one a couple of times. 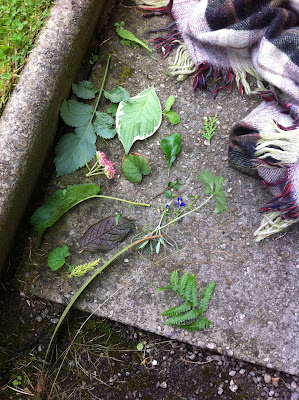 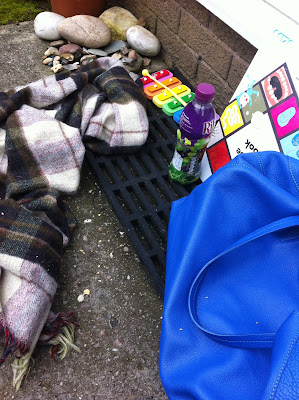 James and I got locked out, so we collected as many different plants as we could find in the front garden, just for entertainment purposes (and also because recognising plants was on a list of stuff to know from the school). I find primary school teachers amazing, just the sheer amount of stuff they have to teach the children is a bit mind boggling.. I wouldn't know where to start. 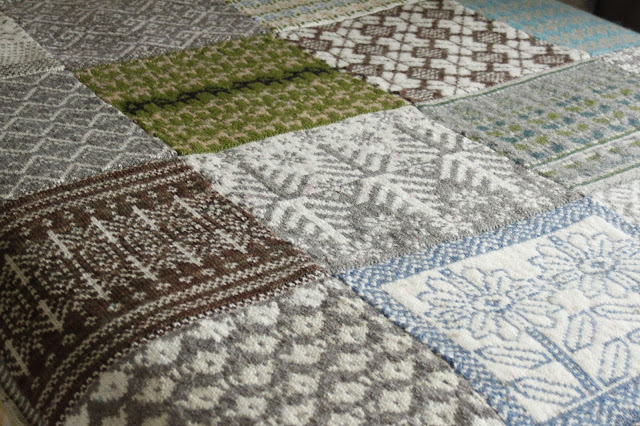 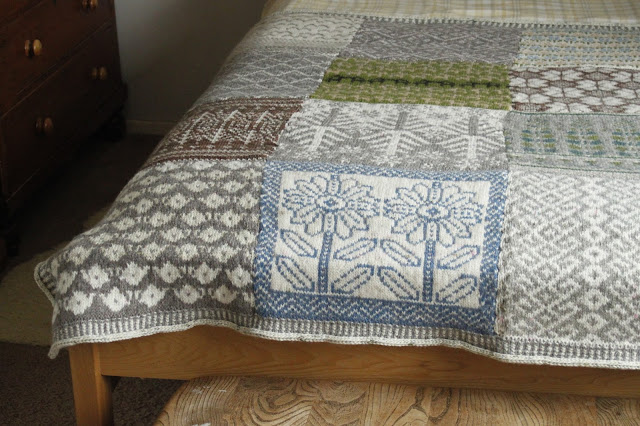 Here's my massive colourwork blanket, finished a couple of weeks ago. It has taken months of work but I'm really pleased with the result, it's so heavy and warm. All the patterns are by one designer (my favourite), Kate Davies. I thought at first that it might be a bit of a crazy fan thing to make, but then I decided that a truly crazy fan thing to make would be a colourwork blanket with her face on it or something, like that episode of I'm Alan Partridge with Alan's scary fan, Jed Maxwell 'Do you smell gas?'. 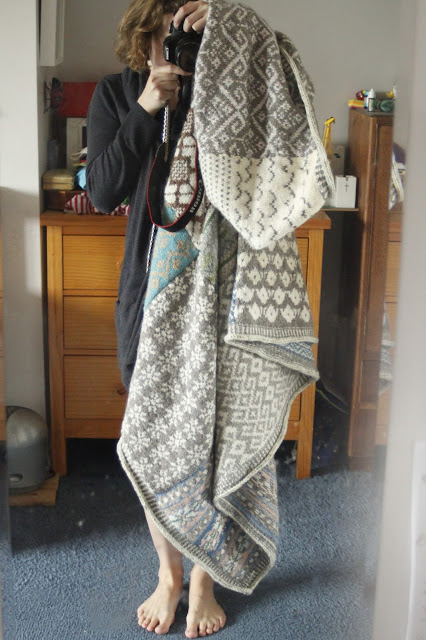 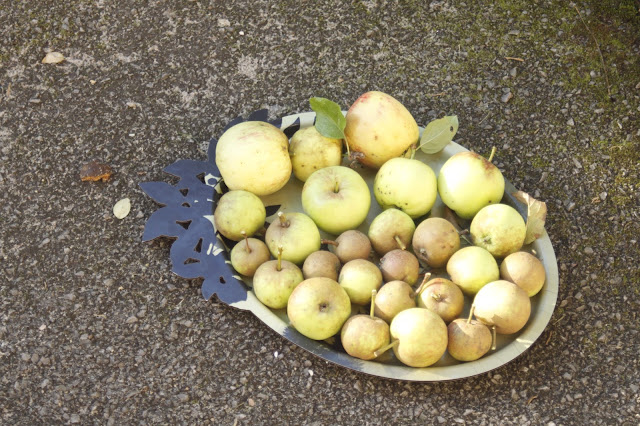 I was going to store the apples for the birds to eat during the colder months. The mice have been helping themselves to them though, I doubt there'll be any left once Winter has set in. Still, happy mice! 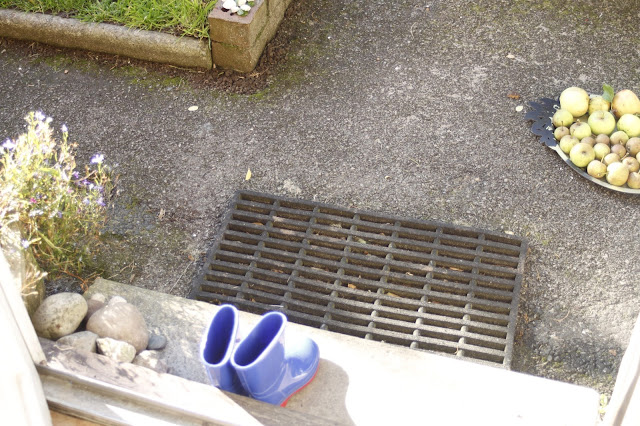 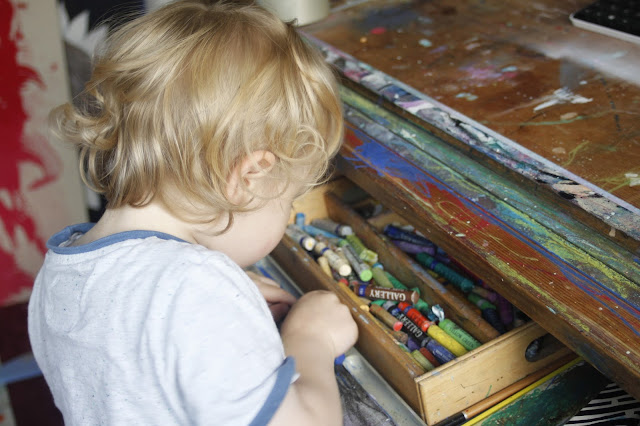 Ol covering my desk with oil pastel. This is a favourite pastime of his at the moment and as I don't use oil pastels it makes sense just to leave them where he can reach them. Drawing on the desk has been discouraged, I now provide paper for him! 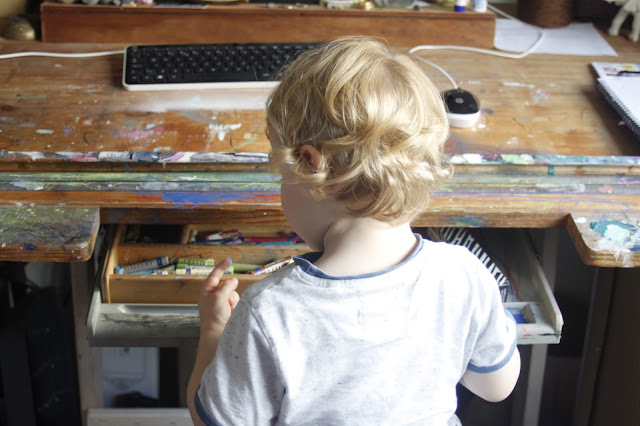