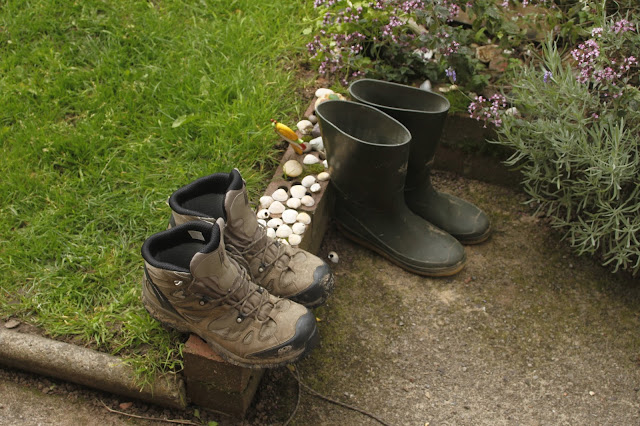 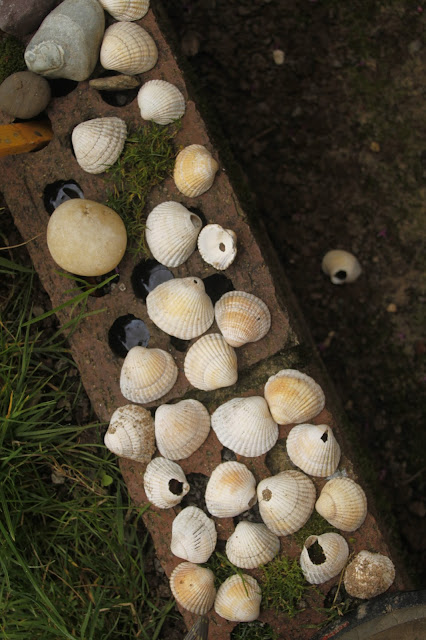 We went to the beach, the weather forecast didn't quite match up, it rained persistently, Ol got chilled to the bone, we came home. James and I collected pebbles, shells and sea glass (jewels). 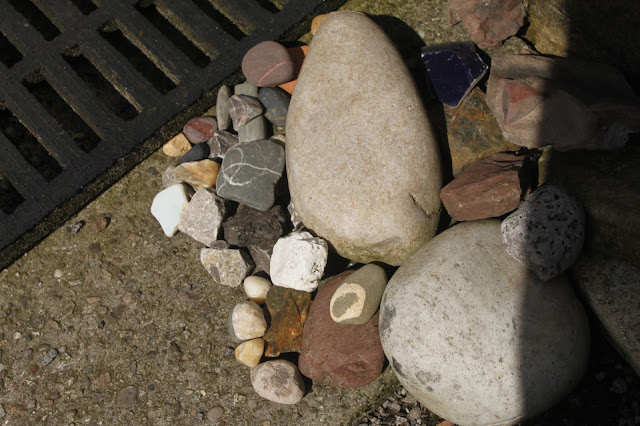 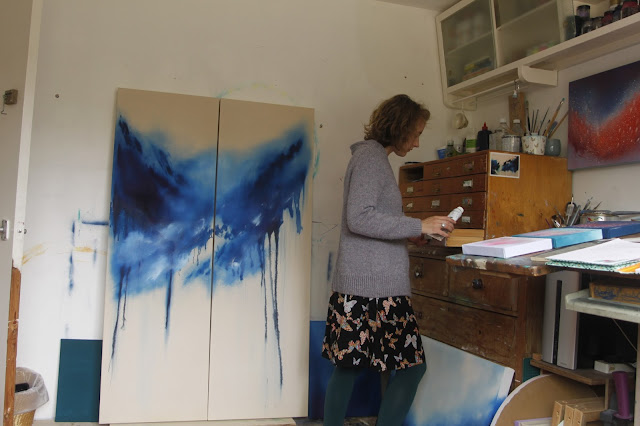 I am still working on my 'creepy face' painting. It now has dots! 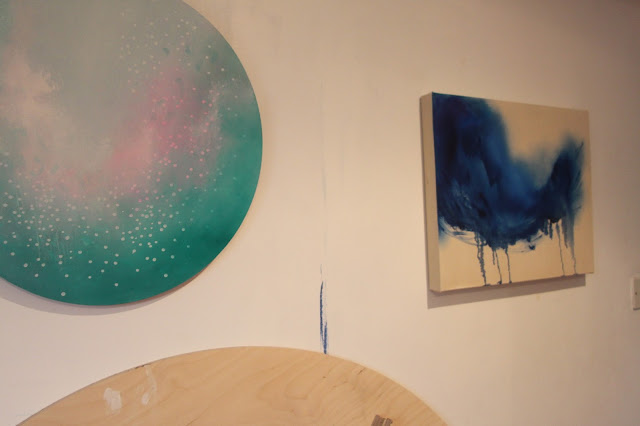 It's been a nice weekend really. Beach, family, home, knitting, painting. Lots of toast and mugs of tea.

Today the boys and I went out early (on a whim), we went to the shoe shop. I thought it was a good idea to get the shoe shopping done, one less thing to have to do.
We went to Brammers in Biddulph, a shop which has been there for years and years (I just checked, 47!) - it's a proper old-school shoe shop with excellent service. The boys both enjoyed the shoe shop, James found a lovely big squishy old teddy he wanted to take home with us... Next up was the bank, then the library, then the 'big shop', then home (I was getting irritable by this point as the boys were getting a bit fractious).

At home James proceeded to empty his lego boxes out and spent a couple of hours making a massive lego aeroplane. He called it Air Gigantica after a massive aeroplane he had seen on an episode of Scooby Doo... Speaking of Scooby Doo, Boomerang have been showing the earlier series including one we've been enjoying, The New Scooby Doo Movies. I enjoy it because I like its style, it's pleasingly simple and the colour palette is fab - also, Dick Van Dyke was in one of the episodes.