I found those photos of the shell doorway at Alderley Park (one of the converted workers' cottages)! Here they are. 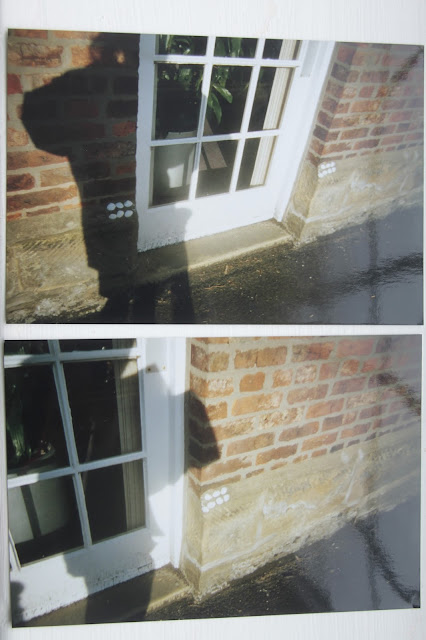 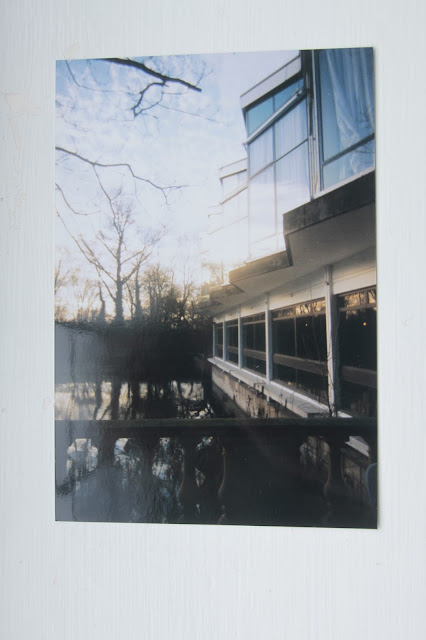 Watergarden, the place I originally worked at Alderley Park. I always liked the groovy 60's architecture and the view over the beautiful ornamental pond. The pond was drained in the 1970s by some of the site workers and they found a couple of old toy boats. It was a great place to work, especially if you were on the coffee machines, I found I could get away with taking odd routes to and from the more remote machines I had to fill/clean and spent lots of time wandering the grounds, striding out purposefully with a box of long-life milk under my arm and a carrier bag full of coffee sachets. 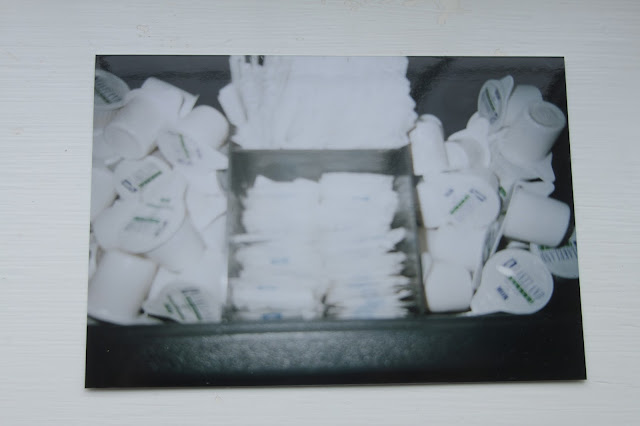 I also found an out of focus photo I had taken of one of the coffee machine milk/sugar/stirrer drawers where somebody (with too much time on their hands) had carefully lined all of the sugar packets up, stacked them and then replaced them. I left them as they were rather than impulsively messing them back up... I did do some oddly satisfying petty things when I was the coffee machine filler (no saliva involved, I wasn't that bad!), messing up those packets would probably have crossed my mind.
I moved across the site to the other side at some point, Mereside. This side of the site was the lab side and as previously mentioned, for an 'old wood/architecture' hunter, this was great. The catering team was much larger and more cliquey. There were weird hierarchies and people working there who had been doing the exact same job for YEARS - fascinating to observe and to occasionally roll my eyes at. I remember covering the vending machine lady when she was on holiday and the ensuing mild outrage from the shop manager because she believed that I wasn't capable of filling the machines up. I liked to mess with her stock and her stock-takes after that.
There were some real characters working there though, it was still fun on the other side. I particularly enjoyed it when a new manager started, a young manager with different ways of doing things and who did not give a toss whether folk disagreed with her. I do like seeing the status quo rocked and she really did disrupt things.