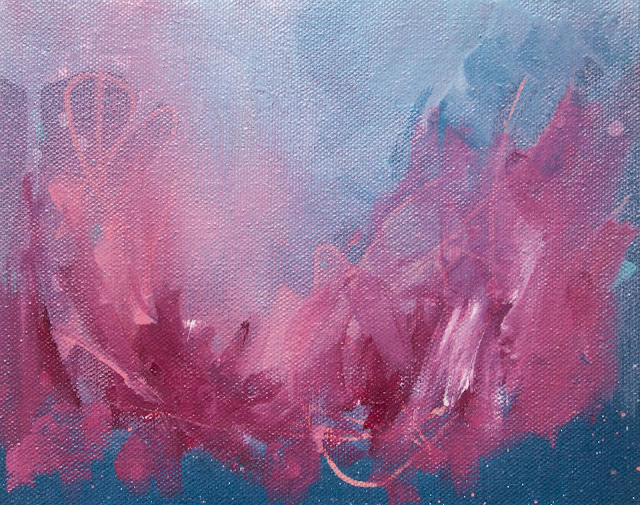 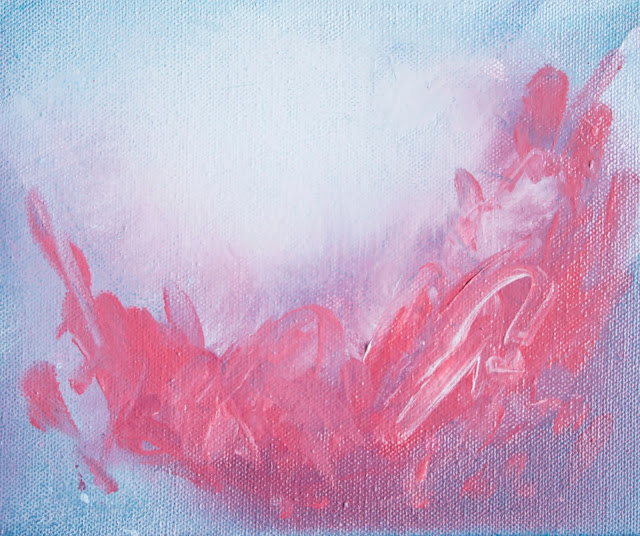 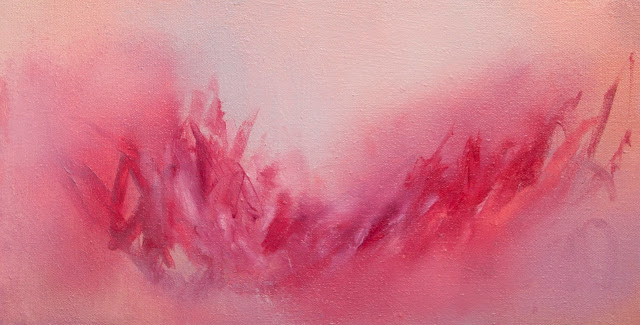 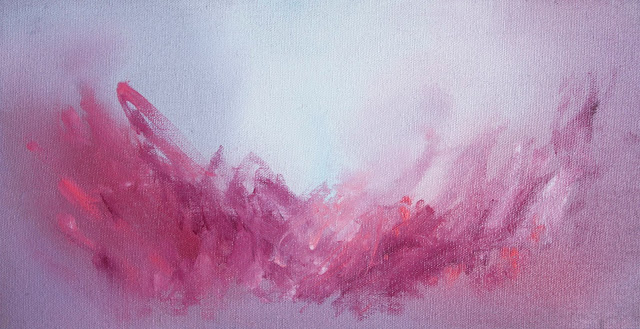 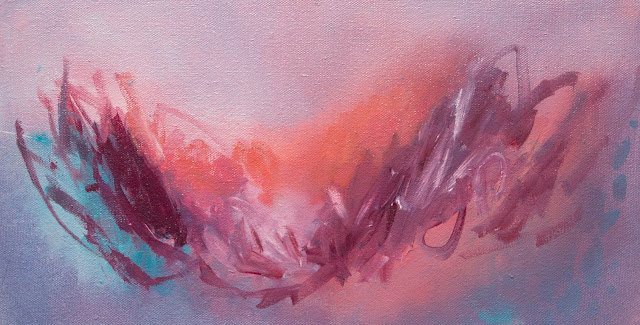 I was planning on giving my painting arm a rest for the next few weeks but it's not really working out. It's funny how when you want to paint the inspiration's not there and then when you need to take a break you suddenly know what to do and really want to do it. In my case, wafty scribble paintings in oil on canvas. These ones don't work on board, the paint moves about too much.
They're all smaller ones, I'm in the process of working some larger ones up (watch them not work now...).

It's been a good couple of weeks in any case, lots of Cuphead (game, pictured below), a soundtrack of Squarepusher and lots of fruit crumble with cream.
Cuphead is the best game I have played in ages. I'm awful at it but that doesn't stop it being fun, aurally and visually stunning too. The soundtrack!!!!!! Honestly, it's the best game soundtrack ever, from the inevitable YouTube comments section "This jazz is so smooth that you're sliding on the floor﻿", it's so true.The YouTube comments section is one of my guilty modern pleasures, it's the oddest place, people say funny, weird and also nasty things. I intend to raise both my boys not to be nasty on the internet because it's unnecessary and simply bad manners.
There was a bloke doing a walkthrough of Cuphead, chatting over the top of his gameplay and when it came to the bits of reading you could tell that he found it difficult. The comments were filled with people being nasty about his reading skills... I mean, honestly! Who does that? I regretted reading the comments section that day, luckily there were plenty of people shouting down the nastier ones, even so, it left me with a bad taste for the rest of the day.
Below is one of the early levels, Ribby and Croaks (I love Ribby and Croaks). And one last thing, it's a real pleasure to watch proper gamers playing this game, you know, twitchy types who've been doing it their whole life. They sort of take to it very rapidly and naturally. 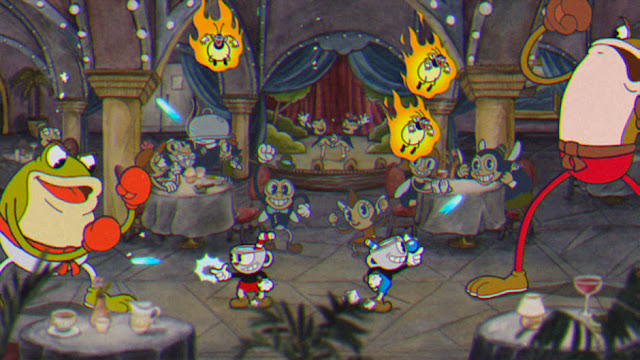 Rich and I went to the cinema to see the new Blade Runner film. I was very fidgety in the cinema (it's a long film), it was odd because I wasn't expecting to be so upset at the end. Stiff upper lip, I held it in and then burst into tears in the loo afterwards...
I remember watching a film with Rich when I'd only known him a few months, I think it was Heat (another long one), and because I didn't want him to see me cry, I held it in as God Moving Over the Face of the Waters played over the credits at the end - thanks for that Moby! It all came out afterwards though, he thought I was a bit daft for trying to hide it away.
It's funny though, crying, I'm not sure if it's an old-fashioned British thing this repression of it, it makes me very uncomfortable when people are crying around me and I hate others seeing me doing it.